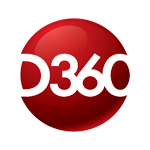 Toronto-based Distribution360 is heading into the MIPJunior market next month with a new slate of Kids and Family properties, including two new animated series from ToonDraw Productions and Atomic Cartoons, along with sales of 80 hours from its kid-friendly catalog across Europe, Asia and Africa.

Additionally, D360 announces new sales for Victory Arts-produced preschool series Alphabet Stories (26 x 1’30”) and YOUniverse (26 x 2’15”), which have both been picked up by EBS (South Korea), with the latter also being secured by JimJam (Eastern Europe, Middle East, Africa) and Hop! (Israel).