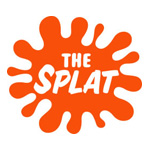 Praise be to the gods of pop culture nostalgia: The rumors were true, and Nickelodeon will launch The Splat — a new block featuring iconic 1990s content — on Monday, October 5 on TeenNick. That same day, the multiscreen destination will launch across seven different social media platforms and as a dedicated website, all filled with landmark Nick programming and classic stunts like Nick or Treat, U-Pick and Super Toy Run. The full retro commitment will be evident as specific days’ programming will be recreated and original promos and interstitials including “Doo-wop Dinosaurs” and “Opera Lady” will re-emerge.

“The Splat’s” rotating TV lineup on TeenNick will have weekly themes and monthly programming stunts featuring hit ‘90s animated and live-action series including All That, Angry Beavers, Are You Afraid of the Dark,CatDog, Clarissa Explains It All, Hey Arnold!, Hey Dude, Kenan & Kel, Ren & Stimpy, Legends of the Hidden Temple, Rocko’s Modern Life, Rugrats, Salute Your Shorts and The Wild Thornberrys, with additional series rolling out throughout the year.  At launch, “The Splat” will feature themed weeks and stunts like:

Fans will also be able to keep up with The Splat on TheSplat.com, Twitter (@thesplat), Instagram (@thesplatgram), Facebook (/thesplat), YouTube (TheSplatTube), Vine (thesplat), Tumblr (thesplatofficial), Pinterest (thesplat) and with #TheSplatIsComing. Also launching in early October will be The Splat emoji keyboard, compatible with iOS and Android and featuring more than 30 iconic Nick emoticons, stickers and GIFs based on Ren & Stimpy, Rugrats, Hey Arnold!, Rocko’s Modern Life and more, with new content added monthly based on seasonal favorites and trending topics.