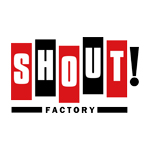 David McIntosh, who was VP of business affairs, has been with Shout! from its early days and has been a key driver in the company’s ongoing transition into multi-platform distribution. In addition to overseeing the day-to-day business of the company, he manages distribution of film and TV properties across all non-physical formats — including broadcast, SVOD, AVOD, EST, TVOD and theatrical. Prior to joining Shout!, McIntosh served as senior corporate counsel for RioPort.com, and was manager of licensing at Rhino Ent.

Melissa Boag joined Shout! in 2003 and was serving as VP of kids & family. She oversee all aspects of animated and live-action releases for the demographic, including integrated marketing, communications, advertising and branding. She also oversees publicity. Boa recently steered the My Little Pony Equestria Girls movie releases in theaters and homes, and the upcoming home ent. release Equestria Girls: Friendship Games. She also developed campaign strategies for indie animated features like Jack and the Cuckoo Clock Heart, A Monster in Paris, Maya the Bee Movie and The Seventh Dwarf.

Since joining the company 8 years ago, Jordan Fields has led Shout Factory’s acquisitions team. Recent deals include Slamdance Film Festival favorite Bloodsucking Bastards, Gravy from James Roday and Takashi Miike’s Over Your Dead Body for the Scream Factory line; classic television properties WKRP In Cincinnati, Maude, and Pee-wee’s Playhouse; and the animated features Maya The Bee Movie and The Seventh Dwarf for Shout! Kids. He has also played an instrumental role in Shout’s evolution from a home video distributor into a full-fledged media company.