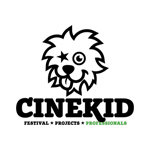 Cinekid’s Junior Co-production Market (JCM) has completed its lineup for the 12th edition, which will see 30 children’s media projects in development presented in Amsterdam on October 22 & 23, 2015. The selectees will be introduced to more than 200 potential industry partners and presented in three categories: Cross-Media, Film and TV. The selection includes both live-action and animated projects from well-known European kids’ producers.

My Giraffe; by Margien Rogaar, written by Mirjam Oomkes and Laura Weeda – Lemming Film (The Netherlands)

The Adventures Of Halvdan Viking; by Gustaf Åkerblom, written by Per Nielsen – Anagram Väst (Sweden)