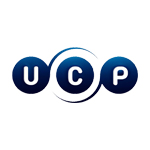 Universal Cable Productions has signed a first-look deal with comic book publisher Dark Horse Entertainment that will focus on developing and producing scripted programming from its extensive comic book library, as well as new material.

Discussions for the deal began at Comic Con in 2014 when Dark Horse introduced UCP executives to some of their top writers and artists. Over the last year, those conversations continued and have yielded multiple television projects with direct involvement from the comics creators.