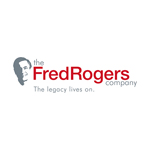 The Fred Rogers Company has announced production of new seasons of PBS KIDS series Daniel Tiger’s Neighborhood and Odd Squad. Season three of Daniel Tiger will comprise 20 new episodes which will begin rolling out in 2016. Odd Squad season two will also kick off next year, with 25 math-powered episodes. Both series will also get new games on pbskids.org.

“We’re excited about introducing a whole new range of important themes for preschoolers and parents with the third season of Daniel Tiger’s Neighborhood, and continuing the oddness and math mayhem with an offbeat second season of Odd Squad on PBS KIDS,” said Paul Siefken, Vice President, Broadcast and Digital Media, The Fred Rogers Company. “We’re also thrilled to further the collaboration with our production partners, Out of the Blue Enterprises and 9 Story Entertainment for Daniel Tiger’s Neighborhood, and Sinking Ship Entertainment for Odd Squad.”