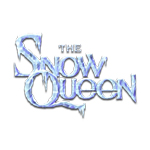 Internationally successful Russian film franchise The Snow Queen will see a third installment from producer Wizart Animation. The new adventure is being made with a $15 million budget and is set to roll out worldwide in 2016.

The first two Snow Queen flicks have together made about $25 million at the box office worldwide, with further releases for both films still to come. Entertainment One will bring the second film to the U.S. and Canada this winter.