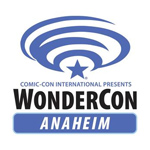 WonderCon opens Friday for a three-day run in Anaheim, Calif., and offers a rich lineup of programming for animation fans and pros alike.

The event, put on by the same organization that hosts Comic-Con International: San Diego, runs April 3-5 at the Anaheim Convention Center.

Here’s some highlights from the event’s animation programming:

As of Thursday afternoon, one-day passes for Friday and Sunday were still available. For full details on the show, visit its website at www.comic-con.org/wca.