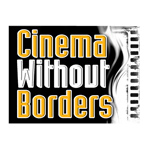 Cinema Without Borders, East Los Angeles College and the Polish Film Festival Los Angeles are planning a World Animation Night Festival on May 7 focused on work from Poland. The program, intended to be an annual event focusing on different nations with each edition, will be held at East Los Angeles College and feature a panel discussion on polish animation featuring Italian-American animator Cinzia Angelini, Polish-American animator Greg Jonkajtys and American animator and 3D artist Mike Libonati. Terry Thoren, co-founder of Animation Magazine, will moderate. The panel will be followed by screenings of animated short films from Poland and a tribute to Polish-American animator Greg Jonkajtys that will include a short screening of his work and a presentation of an award. The annual World Animation Night(s) Festival will celebrate animation of a country or a few countries every year. Keep an eye on www.cinemawithoutborders.com for more details.

There is a reception with Polish appetizers from Polka Restaurant. Folks interested in attending should contact Bijan Tehrani at rsvp@cinemawithoutborders.com.