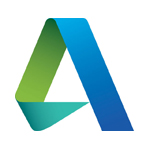 The CG Student Awards, sponsored by Autodesk, has opened the call for entries for the 2015 contest. The event showcases excellence in computer graphics from students and recent graduates from the world’s leading training facilities. Students around the world who attended an accredited course between January 2014 and May 2015 are invited to submit through May 13, 2015 at cgstudentawards.com.

The Awards comprise six main categories: School of the Year, Student of the Year, Film of the Year, Game of the Year, People’s Choice, and Bootcamp Placements (internships). Judges will be looking for skills including but not limited to modeling, texturing, rigging, pre-viz, architectural visualization, animation, lighting, compositing, character animation, editing, concept art, coding, R&D, game design and game development.