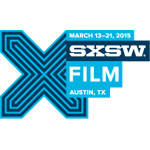 South by Southwest has announced the lineup of films for its 2015 edition, including selections for the animated short film category.

Set for March 13-21 in Austin, Texas, the film fest’s animated shorts lineup is:

More information on schedules and tickets can be found online at sxsw.com.