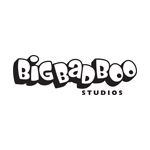 The show follows the adventures of two sisters who live in a small apartment in a big city. Along with their parents and their lazy cat, Kensington, they love to giggle, laugh and just be silly. Situated on a quiet little street, their building is filled with interesting people from all over. The show celebrates cultural diversity by showcasing holidays like the Chinese New Year, Norooz and Diwali, introducing cultural nuances to a young audience.

Producing five seven-minute episodes and a series of apps and games to support a literacy curriculum, Big Bad Boo will launch the project in Persian, English and French in 2015.

Partially funded by the Canada Media Fund in the Diverse Language Category, the show is the first Persian show to secure funding in that category.

Lili and Lola will be the fourth original program coming from Big Bad Boo Studios. The company has produced shows like Mixed Nutz and 1001 Nights, which air in more than 80 countries via broadcasters such as Teletoon, Disney, CBC, Al Jazeera Children’s Channel, Discovery Kids, PBS and Globo TV.