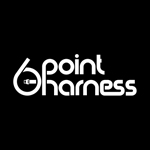 6 Point Harness is just full of news today, announcing the promotion of Deanna Rooney to director of development and the release of three films for We the Economy: 20 Short Films You Can’t Afford To Miss, a short-film series produced and distributed by Paul G. Allen’s Vulcan Productions and Morgan Spurlock’s Cinelan.

Rooney has worked on a wide range of projects, including MTV’s Good Vibes, a short for IFC’s Garfunkel and Oates, Cosmos: A Spacetime Odyssey and Prison Pit, a new in-house series adapted from Johnny Ryan’s comic book of the same name. Recently, Rooney also sold a project into the Nickelodeon Shorts Program.

We the Economy is a series that aims to drive awareness and establish a better understanding of the U.S. economy. Told through animation, comedy, musical, non-fiction and scripted films, the series seeks to demystify a complicated topic while empowering people to take control of their own economic futures.

The films can be seen online at wetheeconomy.com.

6PH also announced that it has relocated its studios to Echo Park, moving in next door to the former Keystone Studios building, which was present until the end of the silent era.