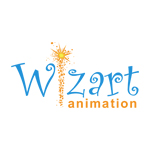 Wizart Animation’s CG sequel The Snow Queen: Journey Continues will arrive in theaters in a stereoscopic flurry this December in more than 10 countries around the world. Produced by Timur Bekmambetov, Journey Continues features the voices of Sharlto Copley as Orm, Bella Thorne as Gerda, Isabelle Fuhrman as Alfida and Sean Bean as General Arrog. Thorn will also sing and original song for the film.

Based on the Hans Christian Andersen fairy tale and the frosty feats of the first outing, The Snow Queen: Journey Continues centers on Gerda and Orm, the troll who vanquished the Snow Queen and gave his fellow trolls a taste for freedom. Exaggerating his exploits, Orm claims he is destined to marry the princess and live in luxury, only to find himself on another perilous struggle against eternal winter.

The sequel is directed by Alexey Tsitsilin, and written by Tsitsilin, Alexey Zamyslov and Vladimir Nikolaev. Wizart is a rapidly growing Russian animation studio, and the first Snow Queen was played in more than 35 countries. Journey Continues will have a day-and-date release in the U.K., Poland, Israel, South Korea, former Yugoslavia, Baltic States, Middle East, Turkey, Malaysia and Thailand this December. A release in China will follow in 2015.