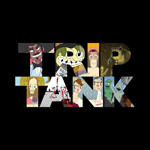 Then Comedy Central’s TripTank wants to hear from you! The anthology series, which you can read all about in Animation Magazine’s April/May 2014 issue (available here), is soliciting completed videos for season two.

Full details on how to do so can be found at www.triptanksubmit.com.

Even if you don’t have a completed video that fits the criteria, they also are looking for animators, ideas or scripts for sketches, and ideas for loops or bumpers.

Produced in by ShadowMachine, the studio that originated production for Robot Chicken, TripTank is the brainchild of Alex Bulkley and Corey Campodonico. Its eight-episode first season aired on Comedy Central this past spring. Some of the show’s sketches can be seen online at www.cc.com/shows/triptank.