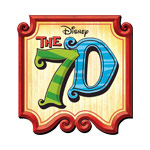 Disney assembles an all-star voice cast to bring a modern, comic spin to its classic characters for The 7D.

After more than seven decades as icons among icons, Disney’s original animated family — the seven dwarfs of Snow White and the Seven Dwarfs fame, of course — are getting a long-overdue makeover.

The results will be on display for all to see when Disney XD debuted July 7 the new animated comedy series The 7D, updating Doc, Bashful, Grumpy, Sneezy, Sleepy, Dopey and Happy with a new vision designed to bring them fully into the 21st century.

That’s a tall job, requiring some top talent to pull it off, and Disney has assembled just that with a voice cast featuring some of the most vital actors working in the business today: Bill Farmer, Disney’s longtime voice of Pluto, plays Doc; Maurice LaMarche as Grumpy; Kevin Michael Richardson as Happy; Stephen Stanton as Sleepy; Billy West as Bashful; Scott Menville as Sneezy; and Dee Bradley Baker as Dopey. Rounding out the cast are Leigh-Allyn Baker as Queen Delightful, Paul Rugg as Lord Starchbottom, Jess Harnell as Grim Gloom and newcomer Kelly Osbourne as Hildy Gloom.

Pulling all of this together is Tom Ruegger, whom Disney execs tapped in 2011 to run the show because they admired and wanted to in some ways recreate the madcap comedy energy of his work on 1990s Warner Bros. shows.

“I was asked to put my comic spin on it, thanks to my previous work on things like Animaniacs and Pinky and the Brain, so they wanted this comic irreverence added to this classic Disney property,” he says.

Going in a New Direction

That sat well with Ruegger, who felt that, given a TV budget and the audience the studio was attempting to reach, it was better to go with a new look and style rather than be beholden in any way to the original Disney version. “We went in a completely different direction with the art, with the design of the characters, with their outfits, with their voices.”

Tapping into his long experience in animation, Ruegger called on many familiar names to join the production. He hired many colleagues from his Warner Bros. days — writers including Sherri Stoner, Paul Rugg, Deanna Oliver and Randy Rogel, and directors such as Alfie Gimeno and Charlie Visser.

One voice in particular set the tone, and once Richardson was cast as Happy, Ruegger says they were able to build the voice cast around him.

Farmer, who voices Doc and has voiced some of the classic versions of the dwarfs over the years, says he mostly ignored what had gone before for the characters and sought out something new.

“When you devise a voice for a character, you first look at any previous material, and since this is a departure from the classic seven dwarfs, you don’t necessarily want to do a voice match or copy. You want to give him a new personality and new life,” says Farmer, adding his path to the new voice started with the new Doc being the sole bespectacled dwarf this time out. “Glasses usually show intelligence. He’s the inventor … He’s the professor, in a way. That’s how I saw him … So I kind of pinch the voice a little bit and get a little higher, and kind of made him a little scatterbrained, and before long this voice came out and it just seemed to stick.”

Harnell came on board with a brand-new character he had to figure out from scratch. With one of his other roles playing the nominal villain on Disney’s Sophia the First, he has his own ideas on how to find the right tack for playing Disney villains.

“These are not villains in the classic sense of the word because they’re not really evil, they’re just sort of inept,” he says. Grim Gloom, he says, takes that idea to a new level. “‘You know how they say, ‘He’s a few bricks shy of a load’? This guy doesn’t have any bricks. No bricks. And he’s married to this character named Hildy who is Kelly Osbourne and she’s definitely the brains of the operation, but between me and you she’s not all that bright, either.”

But deep down, there’s more to Grim than being dim. “Grim is so awesome because he’s totally stupid but he’s got a really good heart. He’s actually not a bad guy, he’s just trying to keep up with his wife, which I guess a lot of us can relate to.”

With Osbourne coming into the show as an animation voice-acting rookie, Harnell says he enjoyed working directly with her and helping her with encouragement and advice when needed. “We hit it off from the get-go and we’ve become good friends, and one of the really cool parts about working with her was watching her grow in this arena,” says Harnell. “We got to develop timing together, and I really think that Hildy and Grim are one of the funniest cartoon couples that have been around in a long time.”

“God forbid if anything were to happen when [the actors] were all in one place, because the voice-over industry would be dealt a crippling blow.” — Kelly Ward, voice director

Overseeing the actors is veteran voice director Kelly Ward, who says the level of experience and talent gives the show room to experiment in the booth and ensures lively performances. “God forbid if anything were to happen when they were all in one place because the voice-over industry would be dealt a crippling blow,” says Ward with a laugh.

The rapid-fire comedic pace of the show made timing an essential quality, bringing to the fore the difficulty in having the cast performing together, which was done as frequently as possible.

“Usually, if there was a block of dialogue that included two or three or even four of the dwarfs, they would record that ensemble. And usually it’s Doc and Grumpy and Bashful, and so I was working with Billy and Kevin and Maurice most of the times,” says Farmer. “Other than that, I was doing it solo, which is generally, unfortunately, most of the time.”

Ward says when actors were recorded separately, Ruegger would later come in and work his genius. “He goes in after and cleans things up and tweaks them to a clock speed that he’s got going in his mind,” Ward says.

“We’re trying to make people laugh and if [the actors] have in them a funny line or a funnier way to say the line, we are excited to hear it and we definitely do use plenty of that.” — Tom Ruegger, executive producer and showrunner

“We’re trying to make people laugh and if they have in them a funny line or a funnier way to say the line, we are excited to hear it and we definitely do use plenty of that,” says Ruegger.

The studio and network’s commitment to making a high-quality show in the madcap comedy style was key to deciding to make the show in traditional 2D animation instead of CGI. Ruegger says 2D is better suited to the show’s style, which can veer off in sudden and unexpected ways and draws upon a very broad comedic sensibility.

And, of course, Ruegger says it’s exciting to come and work on such an iconic property for Disney. “This is an honor, to be able to get near something that Walt cared about so much.”