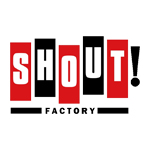 Shout! Factory, The Film Collective, Dada Films and Brainstorm Media have formed a strategic collaboration to bring the highly anticipated French CG film Jack and the Cuckoo-Clock Heart to the U.S. The film, adapted by Mathias Malzieu (who directed with Stephan Berla) from his bestselling graphic novel and gold-selling album by his band Dionysos, will be released simultaneously in theaters and day-and-date on VOD on Wednesday, September 24, 2014. The Film Collective and Dada Films will handle theatrical distribution, while Brainstorm tackles VOD.

Jack and the Cuckoo-Clock Heart is a whimsical and visually opulent animated fairy tale set in an exciting period full of fabulous inventions, unforgettable characters, enchanting music and fantastic adventure. Born on the coldest day of the year, Jack is saved by a clever midwife who replaces his natural heart with a mechanical one. But for the rest of his life, Jack must resist strong emotions lest it stress the delicate clockwork of his novel organ.