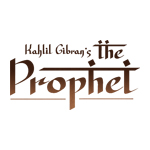 New Images from Hayek’s ‘The Prophet’

The coolest animation news to come out of the Cannes Film Festival was the in-progress preview of Kahlil Gibran’s The Prophet, an animated adaptation of the famous book of poetry produced as a passion project by actress Salma Hayek.

Now, Variety Latino has posted an extensive gallery of images from the film, which will feature several chapters animated by different directors. Overseeing the entire film is Roger Allers, best-known as one of the directors on Disney’s The Lion King.

Here is a peek at those images:

What do you think Animag readers? Is this looking like it’ll do justice to the famed work; or is the book always going to be better? Let us know what you think in the comments.