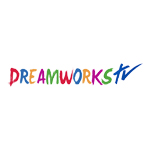 DreamWorks Animation is stepping deeper into the streaming game by launching a new, family-oriented YouTube channel called DreamWorksTV that will feature original, live-action and animated content, according to StreamDaily. The digital outlet venture was announced at YouTube’s Brandcast event last night in New York.

A separate DW creative team lead by AwesomenessTV founder and CEO Brian Robbins will be charged with developing content for the YouTube channel. Robbins’ channel was acquired by DreamWorks last year.