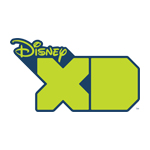 The 7D, Disney’s contemporary, animated comedic take on the world of the Seven Dwarfs, will premiere July 7 at 10 a.m. ET/PT on Disney XD, with airings on Disney Channel and Disney Junior set for later this year.

Set in the contemporary storybook world of Jollywood, The 7D follows brave little heroes Happy, Bashful, Sleepy, Sneezy, Dopey, Grumpy and Doc as they work together to maintain order in the kingdom. Standing in their way are Grim and Hildy Gloom, a novice warlock and witch couple, who haplessly plot to dethrone the Queen and take over Jollywood.

In the premiere episode, “Long, Long Winter/Itsy Bitsy Spider Fighters,” the 7D rescue the villagers of Jollywood from an eternal winter spell that the Glooms have cast on the kingdom and help Queen Delightful rid the castle of a pesky spider.

Meme master Parry Gripp (Do You Like Waffles?) is the songwriter and composer for the series and also performs the theme song.

The series is a production of Disney Television Animation.