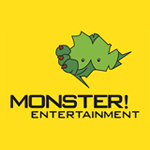 The series is created and produced by CHF Entertainment, a new incarnation of the iconic British animation company Cosgrove Hall Films, which produced such classic series as Danger Mouse, Count Duckula, Wind In The Willows and BFG.

The new company is headed up by Brian Cosgrove; Mark Hall’s son, Simon; and Francis Fitzpatrick, who brought the hugely successful and seven-time Emmy Award-winning animation series Jakers! to the global market a few years ago.

This 52 x 11 series was commissioned by Channel 5 in the United Kingdom and will launch on the prestigious children’s block, Milkshake, later this year. The series is being produced in UK at CHF’s new state-of-the-art studio based in Didsbury, Manchester.

Pip Ahoy! is one of the nine new animation titles that Monster is bringing to MIPTV this year.