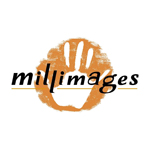 Millimages will premiere at MIP-TV the pilot of its new multiplatform property, Molang, along with new episodes of its hits Mouk and Corneil & Bernie.

Created by Hye-Ji Yoon, the preschool series tells the adventures of Molang and his friend Piu Piu, using a graphic style the company says it expects will make the series a hit with a wider audience.

The new episodes of Mouk will see the little adventurer continue his travels around the world with his best friend, Chavapa. Following the worldwide success of series one, France Televisions will launch series two in September to coincide with the international launch of two new apps.

Corneil & Bernie (52 x 13′) are also back for a second season, which has been airing on Gulli since early January. The pop art series, inspired by the artwork of Andy Warhol and Roy Lichtenstein, will roll out internationally over the course of the first half of the year.

Millimages also will present three new specials of Pipi, Pupu & Rosmary, directed by Enzo d’Alo, that revisit the masterpieces of classic opera. They are set for delivery in the first third of 2015.