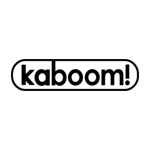 KaBOOM!, an award-winning imprint of publisher BOOM! Studios, is teaming up with Cartoon Network’s licensing and merchandising arm to bring hit animated comedy Uncle Grandpa to the world of comic books this November. The publisher signed a first-look deal with Cartoon Network Enterprises last month and has already announced comic book plans for Steven Universe and The Amazing World of Gumball.

Created by Pete Browngardt (Secret Mountain Fort Awesome), Uncle Grandpa follows the adventures of everyone’s favorite magical uncle-slash-grandpa as he travels the world in his mystical RV, solving problems with unusual solutions and his eternal optimism.

Uncle Grandpa will make its comic debut in KaBOOM!’s Free Comic Book Day offering KaBOOM! Summer Blast, which will be distributed at participating comic-book shops during the May 3 event. Uncle Grandpa #1 will arrive in November and retail for $3.99. Visit www.freecomicbookday.com to find shops participating in the event.