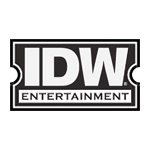 Recently launched IDW Entertainment, the production arm of the noted comics publisher, has teamed up with George Lopez and his Travieso Production Company to develop an animated series based on Ben Templesmith’s acclaimed horror comic Wormwood. IDW Ent. will fund the development effort, with Circle of Confusion (The Walking Dead) on board to executive produce along with David M. Stern (Ugly Americans, The Simpsons), who is also writing the pilot episode.

“George Lopez is a comic genius and Ben’s graphic novels are epic horror comedy. Building this universe is going to be like a dream. Or maybe more like a super fun nightmare,” said Stern.

Wormwood follows the paranormal and obscene adventures of an inter-dimensional worm with the ability to animate corpses as host bodies. The series’ blend of horror and humor result in a dark tale perfectly suited for an adult-targeted animation. Executive producing with Stern are Ted Adams and David Ozer from IDW Ent., Lopez and Leslie Kolins Small from Travieso, and David Alpert and Rick Jacobs from Circle of Confusion. Templesmith will serve as creative consultant.