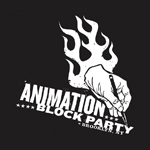 Back when the Animation Block Party film festival was a curly haired infant, I had a day job managing the School of Visual Arts Animation Department. SVA Animation shared its facility space with the school’s MFA Design program, where Glenn Eaton, the original ABP web architect, worked as a system admin. An innovative animation producer named Fred Seibert would hold annual lectures for Steve Heller and Lita Talarico’s talented MFA students. Their graduate library was full of Frederator postcard books, as it is paramount for a young artist to experience the fusion of graphic design and cartoon layout in print form.

Glenn thought it was important that Fred and I meet. He introduced us circa 2005 and I stopped by the Frederator office to pitch a terrible cartoon idea. Fred hit me up with his trademark straight talk and explained a concept he was prepping called Channel Frederator, set to premiere on iTunes shortly. His office was full of life, with animators like Dan Meth at work on the YouTube groundbreaking Meth Minute, while Carrie Miller multi-tasked various projects and future Tumblr creator David Karp wrote code for the studio’s first blog platform.

Starting in 1981, Fred helped facilitate the rise of MTV. He was their first creative director and the visual accent behind the network’s most memorable on-air promotions. A few years later, Fred partnered with Alan Goodman to form Fred/Alan Inc., where they oversaw a reconstruct of Nickelodeon and brought the network back to prominence. Seibert was named the president of Hanna-Barbera in 1992 and launched a shorts initiative, which in turn generated hit series for Cartoon Network, including Powerpuff Girls and Dexter’s Laboratory.

Frederator Studios was formed in 1998. They released Oh, Yeah! Cartoons — riffing on Fred’s Hanna-Barbera shorts program. Oh, Yeah! spawned the hit series The Fairly OddParents and My Life as a Teenage Robot. In 2002, Fred produced the preschool smash, Wow! Wow! Wubbzy! and soon began testing the tech waters with Channel Frederator. Fred and his partners launched the web venture Next New Networks in 2007, which was eventually sold to YouTube. At this crossroads, most human beings might consider retirement, but with the premiere of Adventure Time in 2010 Frederator provided animation culture with a true game-changer, igniting an industry spark that had been vacant since the emergence of SpongeBob SquarePants.

On Thursday, May 8, Animation Block is honored to be presenting the first ever Frederator Retrospective at the Brooklyn Academy of Music. We’ll be screening exclusive content from their cartoon archives followed by a Q&A with the man behind the brand. Please come join us at BAM for a rare look into an animation entrepreneur who embraces the Sinatra code of old Hollywood while balancing the digital stratosphere of NYC finance.