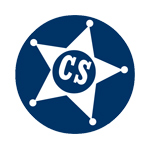 Aircraft Pictures and Cartoon Saloon have teamed up to co-produce the award-winning novel The Breadwinner, written by Deborah Ellis, as an animated feature film.

The Breadwinner is the story of Parvana, a young girl living under the Taliban regime in Afghanistan, who must disguise herself as a boy and become the breadwinner of the family when her father is unfairly imprisoned for being an intellectual. The book has sold millions of copies worldwide and is recommended reading for middle-school students in the United States, Canada and in Europe.

Cartoon Saloon’s Nora Twomey, co-director of the Oscar-nominated animated feature The Secret of Kells and director of the award-winning shorts From Darkness and Cúilín Dualach (Backwards Boy) will direct The Breadwinner.

The screenplay is by Ellis and Anita Doron, whose credits include the feature films The End of Silence and The Lesser Blessed.

The Breadwinner will be produced in Ireland and Canada and plans are to begin production this year. Telefilm Canada, The Irish Film Board, The Belinda Stronach Foundation and Movie Central – A Corus Entertainment Company, provided development assistance on the project.