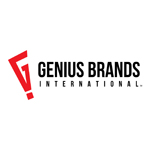 Genius Brands has announced new licensing partners that will create merchandise based on Stan Lee’s Mighty 7, the animated film trilogy created together with Stan Lee’s POW! Entertainment and Archie Comics.

The licensing deals are:

• Factory Entertainment, leaders in the production and distribution of products that enhance fans experience with their favorite iconic brands, has secured a worldwide toy license for the franchise.
• Black Lantern, a highly regarded video-game developer, has acquired the worldwide video-game rights.
• Zak Designs has acquired the right to produce and distribute mealtime and on-the-go products for the U.S. and Canada, with a plan to introduce products in Fall 2014.

These manufacturers are all targeting product launch for spring 2014.

“Stan Lee has proven his ability to create timeless superheroes time and time again,” said Genius Brands International’s Chairman and CEO Andy Heyward. “His characters and storylines are legendary and with an all-star cast bringing Stan Lee’s Mighty 7 to life, the global marketplace is excited to be aligned with anything Stan touches.”

The Stan Lee’s Mighty 7 trilogy encompasses three 90-minute films, digital comic books and an animated television series set to debut in 2015. The Hub Network holds the world premiere rights for all three movies, starting with the first film installment, Beginnings, which has multiple airings this month.

International distribution of the trilogy and the series outside of the U.S. is being handled by PGS Entertainment, which recently secured its first broadcast license deal with ABC Television Australia.