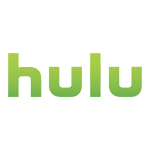 Today at CES, Hulu announced the 2014 lineup of its new and returning series. Among the hot slate for the year is the second season of the animated series The Awesomes, set for a summer airdate.

“Originals are a rapidly expanding part of Hulu’s business. We’re excited to offer our users an exclusive variety of distinctive, smart, and entertaining shows in 2014 that showcase some of the best talent making television today, both in the U.S. and around the world,” said Charlotte Koh, head of development, Hulu Originals.

Created by Seth Meyers and Michael Shoemaker, The Awesomes centers on the greatest superhero team in history, and follows what happens after all the most powerful members leave. Season two is set to feature new supervillains and superheroes as the team takes on new challenges, which might include an unexpected love triangle, under the leadership of Professor Doctor Awesome (“Prock”), voiced by Meyers. Meyers and Shoemaker’s friends from the comedy world will return to voice the team, including Ike Barinholtz (Muscleman), Kenan Thompson (Impresario), Paula Pell (Gadget Gal), Taran Killam (Frantic) and more. Season two will be executive produced by Meyers, Shoemaker and Broadway Video’s Andrew Singer. The Awesomes is a Hulu co-production with Broadway Video and animated by Bento Box Entertainment (Bob’s Burgers).

Recently appointed Hulu CEO Mike Hopkins announced last month that the company was on track to bring in $1 billion in annual revenue and has now over five million Hulu Plus subscribers.

For more information on Hulu’s 2014 Originals, visit blog.hulu.com and www.hulu.com/originals.