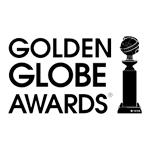 The nominees for the 71st annual Golden Globe Awards have been unveiled, and Toon Town seems a bit under-represented considering all the great flicks offered throughout 2013. Only three films will be competing in the Best Animated Feature category: DreamWorks’ The Croods, Universal/Illumination’s Despicable Me 2 and Disney’s Frozen. Although Pixar’s Monsters University and GKIDS’ beautiful French confection Ernest & Celestine were snubbed, we have to give props to the Golden Globes for including Hayao Miyazaki’s The Wind Rises as one of the five nominees in the Best Foreign Language Film category.

DreamWorks Animation’s The Croods, released by Fox on March 22, tells the Stone Age story of the “world’s first road trip” as a cavemen clan is forced to set out into the wide world after their home is destroyed.

“The Croods has been an eight-year labor of love and to be recognized with a Golden Globe nomination is pretty amazing,” said writer/director Kirk DeMicco. “We set out to make a film that everyone in the family – especially fathers – can relate to: a story about the power of change. Creating an original film takes a village, and from the support of the studio leadership at DreamWorks Animation to everyone on our crew, we cannot say ‘thank you’ enough – and if cavemen knew what a Golden Globe was, they would thank you as well!”

“Animated films are the most detailed, complex sorts of films you can possibly make – so we don’t take that task lightly.,” added writer/director Chris Sanders. “The Croods had a message we felt was worthy of that scale of effort, and anyone who has seen it has come away changed. We are immensely proud of it, and of the artists who devoted themselves to it. We, and they, thank the HFPA from the bottom of their very strong hearts.”

Walt Disney Animation Studios’ Frozen, which launched over Thanksgiving weekend, is a spunky, comedic take on the “Snow Queen” fairytale, sending a courageous young woman, an extreme mountain man (and his reindeer sidekick) and a talking snowman on an epic journey across frozen wastes to find her sister and reverse the wintry curse on their kingdom.

“You work on these for so long. It’s a team effort and I’m really proud of our team,” director Chris Buck told The Hollywood Reporter., “We embrace the legacy of the Disney films … We grew up loving this type of Disney movie.” “The crew has working so hard; It means the world,” added co-director Jennifer Lee. ” John [Lasseter] sets the bar really high, so we are over the moon.”

Illumination Entertainment’s blockbuster sequel Despicable Me 2, which Universal unveiled July 3 and is the second highest grossing film of the year (behind Iron Man 3), introduces new characters, locations and a crazy Luchador villain to the world of Gru and his adopted daughters—and even a new, evil twist on the adorable Minions. Producer and Illumination CEO Chris Meledandri told THR:

“It’s thrilling to see the work of [directors] Pierre Coffin and Chris Renaud and my producing partner Janet Healy and all the artists recognized with such strong films. The heart of the film are the characters … You see filmmakers striving to make movies that feel very distinctive … I think it will continue to keep the audience enthusiastic about this medium. Pierre is here from Paris, we are about to do our morning Skype connection with [Illumination Mac Guff] Paris. We’ll absolutely kick it off with a celebration that will span the 6000 miles.”