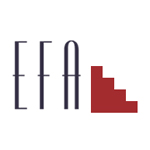 Israeli filmmaker Ari Folman’s acclaimed animation/hybrid feature The Congress picked up the Best Animated Feature prize at this weekend’s European Film Awards. Accepting the prize, Folman (Waltz with Bashir) noted that the pic was a true European co-production, with the animation done by hundreds of animators in nine European countries. The other films nominated in this category were Alain Ughetto’s Jasmine (France) and Enzo d’Alo’s Pinocchio (Italy). Paolo Sorrentino’s The Great Beauty (La Grande Bellezza) was the winner of the best live-action feature prize.

Drafthouse Films and Films We Like have co-acquired North American rights to the Folman’s pic, which stars Robin Wright, Harvey Keitel, Jon Hamm and Paul Giamatti. The Congress opened the Cannes Director’s Fortnight sidebar this year and will hit theaters and VOD in 2014.