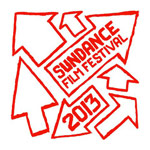 English Dub of ‘Ernest & Celestine’ to Debut at Sundance

New York-based distributor GKIDS has announced that the English-language version of acclaimed French film Ernest & Celestine, directed by Benjamin Renner, Stephane Aubier and Vincent Patar, will premiere at the Sundance Film Festival on January 18. The U.S. version of the festival favorite will enter wider release in New York and L.A. on March 14 before expanding to other major markets across the country.

While the original French version is in the running for Oscars, Annies and Golden Globes (and already has the Cesar Award for Best Animated Feature under its belt), U.S. audiences are in for a treat with the A-list English voice cast. The new version features the voices of Forest Whitaker (Lee Daniels’ The Butler), Mackenzie Foy (Twilight: Breaking Dawn), Lauren Bacall (The Big Sleep), Paul Giamatti (John Adams), William H. Macy (Fargo), Megan Mullally (Will and Grace), Nick Offerman (Parks and Recreation) and Jeffrey Wright (Boardwalk Empire).

Based on the book series by Belgian author Gabrielle Vincent, the film takes place n a world where a civilization of hardworking mice live underground in twisting networks of subterranean tunnels, where they hide in fear of the bears who live above ground. Unlike her fellow mice, Celestine is an artistic dreamer, and when she is nearly eaten by ursine troubadour Ernest, the two form an unlikely bond. But it isn’t long before their friendship is tested by their very different communities.