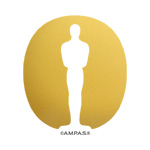 Original Cut of ‘Thief and the Cobbler’ to Screen at Academy

The Academy of Motion Picture Arts and Sciences will screen the rarely seen, director’s cut of Richard Williams’ The Thief and the Cobbler on Tuesday, Dec. 10 at 7:30 p.m. This will surely be a hot ticket as Williams is also expected to be introducing the film. The director’s 1971 Oscar-winning short A Christmas Carol will also be part of the special screening.

The event will take place at the Academy’s Wilshire Blvd. headquarters, in the Samuel Goldwyn Theatre, which also hosts the not-to-miss gallery exhibition, Richard Williams: Master of Animation, which will be on display in the lobby through December 22. This will mark the first time the director’s cut of the unfinished movie will be screening for the public.

Williams began working on the self-funded The Thief and the Cobbler in 1963 and spent almost 28 years directing, writing and co-producing this labor of love. Warner Bros. decided to release the movie after Williams’ received much acclaim for his animation direction on Who Framed Roger Rabbit. However funding problems haunted the production until 1988 when Warner Bros. signed a deal to finance and distribute it. After Warner Bros. pulled out of the deal, a completion bond company assumed control of The Thief and the Cobbler and had it finished by producer Fred Calvert without Williams’ involvement. Miramax cut the pic into the 1995 musical An Arabian Knight. The original film’s voice cast includes Vincent Price, Sean Connery, Donald Pleasence, Joss Ackland, Miriam Margolyes and Stanley Baxter, while the Miramax hodgepodge featured the likes of Matthew Broderick, Jennifer Beals, Toni Collette, Jonathan Winters and Eric Bogosian.

The Academy hasn’t posted the event online yet, but tickets will go on sale in the next couple of week, so check back frequently www.oscars.org/events-exhibitions.