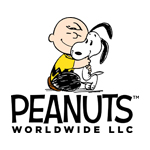 Charlie Brown, Linus and Snoopy will be heading over to France for a new animated short-form series produced by Normaal Animation and France Televisions. Charles M. Schulz’s beloved characters will be featured in 500 90-second shorts, produced by Normaal, which is based in Paris and Angouleme, and has worked on projects such as Tangerine and Cow and Gaston before.

The 90-second shorts are part of Peanuts Worldwide’s strategy to continue to build its portfolio, which also includes the new 3-D, CG-animated Blue Sky movie, which will be released by Fox in November 2015.

“Partnering with a dynamic production house such as Normaal Animation and a leading broadcaster like France Televisions, is a key step in our strategy to build all new content based on the characters and storylines by Charles Schulz,” says Neil Cole, chairman and chief executive officer, Iconix Brand Group, which owns a primary interest in Peanuts Worldwide. “The new collection and format will also provide us with the opportunity to continually keep the characters in front of new generations of Peanuts fans.”