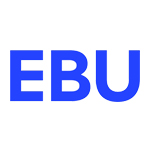 The European Broadcasting Union (EBU), an association of 60 national broadcasters negotiating and advocating for pubcasters in Europe, has revealed plans to create half-hour animated specials for exchange between countries. The announcement was made by new EBU president Jan-Willem Bult. France (France Televisions), U.K. (BBC), Netherlands (KRO/Filmfund), Germany (ARD), Belgium (VRT) and other countries have agreed to finance and produce a special budgeted at 500,000 to 1 million euros, grating European pubcasters the chance to air five to seven animated specials in a row, particularly during the holidays.

“In the ’90s these countries [France, Germany, Italy and U.K.] were involved in a yearly animation series, like The Animals of Farthing Wood and Noah’s Island (U.K.-based Telemagination and France-based La Fabrique), both commissioned by the European Broadcasting Union. After examination the EBU concluded these series were, with respect to the content, almost similar to the content to be seen at Cartoon Forum,” notes Bult, who is also the creative head for youth programming at Dutch pubcaster KRO. “The EBU concluded it had no more role in financing its own series. With the new idea of the strong animation special the EBU can distinguish itself, within the worldwide animation projects. I think it will boost European animation. We hope to broadcast the first special in 2015.”

Bult added in the announcement that the EBU hopes to expand and strengthen co-production with Asia, Latin America and Africa on kids’ drama, documentary and animation projects. Currently, the EBU collaborates with six Euro broadcasters on short films and documentaries for young audiences which are exchanged with Asian territories.