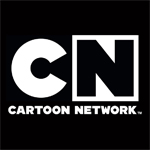 London-based distributor Cake today has sold the holiday specials A Monsterous Holiday and The Naughty List to Cartoon Network U.S.

The deal builds on last year’s sale of the specials Dear Dracula and Festive Abominable Christmas. All four 45-min. specials are from producers Kickstart Productions and Arc Entertainment.

A Monsterous Holiday follows Andy and his dreams of being a great inventor, but he’s having trouble coming up with a big idea that will win the Science Fair when his Dad pressures him into joining the football team. Andy decides to ask the town’s resident scientist, Dr. Frankenstein, for advice, but instead he meets a green football-loving teenage monster named Frank. Andy realizes that he and Frank may just be able to solve each other’s troubles by switching places.

While up on the North Pole for The Naughty List, Snowflake’s mischief-loving brother Winter goes too far with a prank, and they both get stuck on the Naughty List, doing a seemingly never-ending list of chores for Santa. Along with a spunky young reindeer named Sparkle, they try to make up for Winter’s misdeed.

“We’re thrilled to be working with Cartoon Network once again on these specials,” says Edward Galton, CCO and managing director of Cake. “Last year, Dear Dracula and Abominable Christmas were very successful for Cartoon Network so I have no doubt that A Monsterous Holiday and The Naughty List will perform really well for them.”