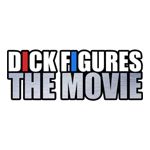 Cinedigm and Yekra have announced plans to release the popular, crowd-sourced Dick Figures: The Movie on September 17. The property, which has registered over 350 million views on YouTube and raised over $300,000 on Kickstarter, showcases the viral humor of its creators Ed Skudder and Zack Keller.

Dick Figures: The Movie is described as a classic story of friendship, love and betrayal. Its heroes Red and Blue (on the solemn advice of a Japanese raccoon) embark on an epic quest to discover The Great Sword of Destiny – and hopefully unlock the secret to the most amazing gift of all time for Blue’s super hot girlfriend, Pink. Like the series, the 73-minute movie is set to an all original thumping electronic dance score from Composer Nick Keller.

Dick Figures: The Movie will be released as 12 weekly, ad-supported chapters on YouTube and simultaneously made available in its entirety on Google Play, as well as on a variety of other paid/rental digital platforms for those fans who want to view it ad-free on their TV, mobile device or computer.

Mondo Media, YouTube home to Dick Figures, and Six Point Harness, the Production Company, teamed up with Cinedigm to manage the paid/rental digital platforms and Yekra, a new social platform for distributing video. Kickstarter backers will be given special access to the movie at no charge. Fans can also tune into a YouTube Live event on Sept 17th to join the movies’ creators for the world premiere of the movie in Los Angeles, CA. Cinedigm will release the movie on DVD in December.

“We made this movie for the fans and with the fans thanks to their generous contributions. Their support and the freedom that comes with creating content for the web has allowed us to make exactly the movie we wanted. A closer relationship between creators and fans paired with direct distribution through digital platforms is the future of movies,” say creators Skudder and Keller.

First launched in late 2010, Dick Figures is the number one animated series on YouTube with 43 short format episodes. Countless fan-inspired user-generated videos have evolved its unique brand of humor into a digital global phenomenon. The movie will also be available internationally with dubbing and subtitles in English, German, Russian and Spanish.

John Evershed, CEO of Mondo Media, notes, “This project is out in front on many levels. Audiences now have the digital tools and platforms to discover, support and consume content that they love. From YouTube subscriptions to fan patronization to cord cutting to social video distribution, Dick Figures: The Movie is blazing a new path for hit ‘online first’ properties.”