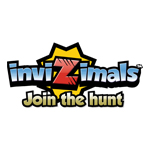 Barcelona-based animation producer and distributor BRB has always been on the lookout for the latest global sensation, and it looks like the studio has hit the jackpot again with its latest venture, a 26 x 26-minute show based on Sony’s phenomenal videogame series Invizimals. The property, which was first launched in 2009 has continued to build popularity with each chapter: The latest versions are titled Invizimals: The Lost Kingdom for PS3 and Invizimals: The Alliance for PS Vita and muse augmented reality gameplay to encourage monster hunters to find and capture the 150 different characters in the real world.

“We are really excited to be producing these 26 episodes, which will be delivered in the summer of 2014,” says Carlos Biern, BRB’s CEO. “We have great hopes for this show, which has been one of the most successful videogames in Europe. The series will be using veteran U.S. and Canadian writers, the design is done in Barcelona and the animation is produced in China. Just like Skylanders, the property has a huge appeal among toy collectors. Invizimals has a huge potential in terms of licensing and trading cards. Panini has sold over 10 million trading cards (Invizimals Desafios Ocultos) in the Iberian peninsula, as well as a free app that’s been downloaded more than 500,000 users. The first three Invizimals game releases have sold more than 1.5 million copies around the world.”

Of course, one of the most innovative aspects of the property is its augmented reality factor. As Biern explains, the story of Invizimals has its roots in the timeless legends that have existed in our cultures for centuries—dragons, Lochness and Yeti, to name a few.

“In the show, scientists have learned how to train hunters who can identify these characters, and that’s where the augmented reality comes to play.”

In the series, two boys and one girl from Japan, the U.K. and Brazil (part of the global Alliance of Invizimal Hunters) communicate via the Internet and become secret agents, while kids at home get to participate. They get codes on the screen as a secret message from one of the main characters, which allow them to get access to additional storylines and background information. They can also play a mini-game on their iPad or hear a special song that ties in with the show they just watched. At this stage, the possibilities sound quite exciting.

“The audience will be able to participate, explore, discover and see messages, data and, of course, Invizimals strategically hidden in the episodes,” explains José Luis Ucha Enríquez, BRB and Screen 21’s development director. “At certain points we will also offer our audience the chance to help the main characters in their challenges and quests in mini-games. We have really learned the value of focusing on characters and emotions with this venture. Identification with the audience is one of the key ingredients in creating a successful transmedia project.”

The fact that the young target audience of the show has a deep connection with the brand in Europe makes the job a lot easier for the team.

“Most boys’ action shows today are based on classic properties that are actually quite old. They are either re-booted versions of older characters or adaptation of properties that appeal to the parents instead of the kids,” says Biern. “With Invizimals, we have a series that is based on a game that is embraced by the new generation of boys. Kids know more about these characters than their parents because they’ve been playing with them for a while now. If they know about the videogames, they will be very excited about the show, and if they are first introduced to the property through our TV series, then they’ll be willing to know more about the Invizimals universe that the games explore.”

One of the biggest challenges for the creative team was using the augmented reality in an imaginative way that engaged the audience.

“Having the brand originate in the videogame world was a huge step,” adds Biern. “Like Moshi Monsters or Angry Birds, this brand has already been established as a hit. However, you need to create engaging storylines that allows kids to identify with the characters. The videogame was a shooter game, so we have to add the comedy, and the fun storylines that allows kids to really lose themselves in this new world.”

Enríquez believes that both the teams at Screen 21 and Novorama (the studio that designed the Sony game) felt like pioneers who were exploring a novel way of telling stories for a new media-savvy generation of kids.

“We have the opportunity to be an active part of a creative machine that’s dealing with a powerful IP with strong characters, universe and a professional pipeline support for delivering a unique transmedia experience. Every step of the process is very well-thought out and planned, so that it evolves and grows in a consistent way based on the core values of the brand.”

The fact that Novorama and Screen 21 are both located in Barcelona and are only a five-minute walk away from each other is a huge asset to the production. Most of the members of the creative team are based in the same geographic area and keeps the different players in constant contact and communication throughout the production process. It all helps in deliver a viewing experience that is not strictly passive.

“We feel like we’re producing the type of show that we loved to watch when we were kids, but also love to watch it as grown-ups,” adds Enríquez. “Also linked to this is that we start from the point that we recognize that our audience is more sophisticated and watches differently, surrounded by several devices at home. We take advantage of this to enhance our audience’s experience, whenever they want to, so they are an important, active part of the show, too.”

If all goes as planned, kids will be able to track down their invisible monsters just in time for the holiday season this year. Two TV specials are ready to debut by the end of 2013 and the complete series will be ready to air by the summer of 2014. Judging by the Biern’s and Enríquez’s enthusiasm for the show, the search for these multi-dimensional monsters is going to be on for many years to come.