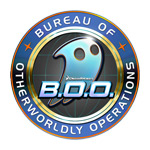 There is a lot of news coming out of DreamWorks. We’re just happy that this one doesn’t have to do with the performances of Turbo or the company’s stocks or the departure of the studio’s well-liked marketing execs. The Wrap reports that Benedict Cumberbatch and John Malkovich are added to the voice cast of the upcoming feature Penguins of Madagascar.

Slated for a March 27, 2015 release, the movie is being directed by Bee Movie’s Simon J. Smith, from a script by Michael Colton and John Aboud. Malkovich will voice the Madagascar spinoff’s charming villain while Cumberbatch will play “a high-ranking animal CIA agent hot on his trail.”

The Wrap also announced yesterday that Matt Bomer (White Collar) and Rashida Jones (Parks and Recreation) have joined Seth Rogen and Melissa McCarthy as voice talent for June 2015’s pic, B.O.O.: Bureau of Otherworldly Operations. The 3-D CG movie is directed by Tony Leondis (Igor) and written by Tom Wheeler (Puss in Boots). It features Rogen and McCarthy as two ghosts who discover a plot from within their organization to take over the Earth. Jones will voice the ex-wife of Rogen’s character and Bomer will play her new husband.