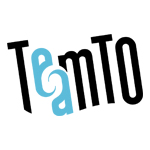 TeamTO is an independent animation studio composed of a team that puts all of its energy into producing TV and film projects with an international appeal, and with high quality standards that build flagship shows. Willing to control the quality and to guarantee the steadiness of the production process, the studio produces its projects entirely in France. It combines an animation studio in Bourg-lès-Valence (Rhône-Alpes region) which employs over 100 animators today, working in synergy with the Paris-based studio.

TeamTO has opened a satellite company in Los Angeles to be closer to the artists and studios at the heart of the American entertainment industry. An interactive department has been created in 2012 to extend the studio’s reach into various interactive platforms.

JOE GIANT (26 x 26′): This TV series project was created by Alexander Bar (“Mike the Knight”), and will be directed by Arthur Qwak (“Dragon Hunters”). It was developed by TeamTO with Disney Channels EMEA Original Programming, targeting 8-12 years old and will be pitched during Cartoon Forum 2013.

The Pitch: On his fourteenth birthday, Joe Garrison discovers he is the descendent of an ancient race of Giants, Giants who not only grew to be extra-large, wicked-strong and stupid-fast, but could also magically control the 4 elements: air, earth, water and fire. Sound awesome? Actually, he can’t use any of these gifts and powers particularly well—at least, not at first.

MY KNIGHT AND ME (52 x 13′): Coproduced by TeamTO and Thuristar, in development with Canal+ Family, this series, based on the short film “850 METERS” by Joeri Christiaen, is an epic kid comedy show, targeting 6-10 y ears old, starring a clumsy knight, a clever squire and a daring princess. The series is written by Joeri Christiaen and Thierry Gaudin, in collaboration with Jesse Cleverly and additional materials by Joel Cohen (“The Simpsons”).

The pitch: In a world where knights save princesses and fight dragons… to score the most points, where epic quests of heroism are first validated by the “Quesk Desk”, Jimmy the squire together with his knight Henri of Orange, and princess Cat, try to make their way to the top. No one believes they can do it… but that’s without counting on Henri’s unlimited enthusiasm, Cat’s boldness and Jimmy’s boundless ingenuity, unfailing enthusiasm and crazy ideas!

The pitch: Imagine Ferris Bueller inside a futuristic Iron Man-style suit… You’ll get an image of Yang, a tenacious teenager who’s too bright for his own good. Jade Armor is a comedy about that unlikely hero with an even unlikelier set of powers… And one awesome high-tech power suit that can be a bit unpredictable!