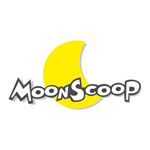 Last week, it was reported that French animation studio Moonscoop entered into a judicial recovery procedure entered into administration to move forward with its business. Today, the team at U.S.-based Moonscoop issued a clarification to let the industry know that they and their subsidiary VOD outlet Kabillion are not affected by these events.

“We want to state clearly and emphatically to ensure no misconstruing of information that the U.S.-based Moonscoop LLC and Kabillion are independent and stand-alone entities in our production and corporate operations, financing and rights ownership,” stated Mike Young, Moonscoop LLC’s CEO, and Liz Young, president.

“Furthermore, while Moonscoop France has an equity interest in our companies, we are a completely separate group and are both operationally and financially sound. We are busy with a robust production slate as well as several exciting new projects. Our key intellectual properties include the international hit animated preschool series Chloe’s Closet, now in season two production and licensed in over 100 territories worldwide, Dive Olly Dive!, Hero:108, Growing Up Creepie, Pet Alien and Todd World. Our current new series production slate also includes Sabrina Secrets of a Teenage Witch, an iconic franchise of Archie Comics Publications. We also produce Lalaloopsy, based on the enormously popular MGA doll line and an instant ratings hit on Nickelodeon since its debut in March.”

U.S. based Moonscoop LLC holds an 84% ownership of Kabillion, a network and multi-media marketing platform racking up more than 6 million views a month. Recently, Kabillion partnered with Saban Brands to launch the Vortexx Channel on the VOD Network.

‘Bird in the Peninsula,’ ‘Dozens of Norths’ Win Top Prizes at Ottawa

Norwegian Animated Outing ‘Titina’ to Premiere at Animation Is Film...

Giant Ant Developing Animated Pic Based on ‘Tangles: A Story About Alzheimer’s’

Seneca College Finds a New Formula for Success with Its ANI 2.0 Program

‘Bird in the Peninsula,’ ‘Dozens of Norths’ Win Top Prizes...