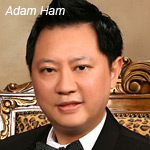 The Malaysian government has announced new grants and funds to encourage more opportunities for co-productions with the Malaysian animation, games and visual effects industry. The incentives in place have been set up by the governmental agencies MDeC (Multimedia Development Corporation), FINAS (National Film Development Corporation Malaysia) and MCMC (Malaysian Communications and Multimedia Commission). GCMA (Global Creative Media Agency) comes on as a non-governmental agency in the private sector as a PR and Marketing consultant to advise foreign and local companies who require funding, distribution or co-production partners.

Adam Ham, executive director of GCMA: “GCMA (set up in February 2011), in association with the Malaysian Government, has been successful in promoting Creative Malaysia as a recognized quality brand globally. Malaysia has earned its reputation as a serious global industry competitor, due to its talents, cost competitiveness, language and technology. With over a hundred Malaysian films being produced annually and a sharp increase of a large number of international co-productions, we consider this first phase as a big success. From next August GCMA will begin phase 2, to promote the creative industry in the rest of the world … MDEC will announce the new MaC3 grant for development, production and co-production funds. The Malaysian government wants to actively look to develop animation, games and visual effects content with foreign partners.”

What will be the role of GCMA?

“GCMA will act as a facilitator for international companies who seek to promote their projects worldwide and within the region. It will also help in facilitating companies that require assistance in funding, distribution or are looking for co-production partners. We at GCMA have an open door policy and we’re happy to give free consultation and advice to those within the industry on these matters so that the companies are able to focus on production and what they do best.”

Is GCMA open to studios from outside Malaysia?

“International studios may also use GCMA for free consultation. The company is currently assisting 12 major local and foreign accounts in marketing and PR strategies and campaigns, business matchings and many others from Sweden, Korea, USA and more. Malaysia is a fantastic location for animation houses and the country has had some great successes. Most notably the co-production project –Saladin: The Animated Series, with MDeC and Qatar-based Al Jazeera Children’s Channel. The series has recently been nominated for the Emmys and is a good example of Malaysia’s animation success.”

Is the new fund also open to foreign animation companies who want to co-produce?

“The MaC3 funds that have been released are for co-production projects between a Malaysian studio (51% share) and any foreign co-production partner. The restrictions and criteria include a written contract or MOU agreement, a pre-sale contract from a buyer or broadcaster as well as a guarantee of support from the foreign country’s governing body with commitment to support them throughout the deal.”

Do animation companies have to pitch the projects?

“No, we are open to work with anybody within the creative and multimedia industry. We are currently assisting many creative multimedia and software solutions projects as well as mobile game developments. This new phase of GCMA will be a big advantage to Malaysian and foreign studios to co-produce in Malaysia.”

“Yes, with only 50 small animation studios the Vietnamese industry is still in its early stages of development. The country will move on to digital production from next month, the government and broadcasters will be investing around $150 – 300 million in new digital complex. Vietnam will have hunger for content, talent and skills. I believe Vietnam will be a big creative player in the region in the next five years, as their population is large at 93 million, which is approximately three times that of Malaysia.”

What’s next for the Malaysian creative industry?

“The current initiatives and actions taken on by the Malaysian governing bodies is a great signal from the government that they will take this industry more seriously than ever. These steps tie in with GCMA’s Phase 3 plans, starting after 2017, to construct and promote an International Creative and Multimedia Market set in Malaysia that will attract players from all over the globe to participate.”