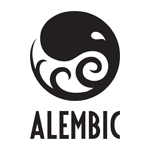 Sony Pictures Imageworks (SPI) and Industrial Light & Magic (ILM) have released their jointly developed, open sourse project Alembic 1.5. The new tool facilitates the sharing of animation and visual effects scenes across multiple software applications and includes new support for multi-threading, which, along with other new features, results in significant performance and efficiency improvements for all users.

“In furthering the development of Alembic, our efforts this past year have focused on improving performance,” says Rob Bredow, Chief Technology Officer, Sony Pictures Imageworks. “With this new release, data sets are smaller; they are faster to read and write. The architectural changes we have made to support multi-threading are especially significant. Users can ask more questions and get answers faster.”

“Alembic was put through its paces in production at Industrial Light & Magic this year, used extensively on every show we worked on from Avengers to Pacific Rim,” says Paul Ryan, ILM’s Head of Technology. “The ability to move our large scene data between multiple packages has become an indispensible part of our pipeline. New features, such as the faster back end and instancing are already proving their worth.”

The new release’s key improvements include:

Alembic was first announced at SIGGRAPH 2010 and its first release was made public at the 2011 SIGGRAPH Conference in Vancouver. The software provides efficient means for storing and sharing data across multiple software platforms, greatly reducing what had been a source of bottlenecks in the production of animation and visual effects. It has resulted in improved file exchange both between and within production facilities. Alembic has been widely adopted by leading software developers, including Autodesk, Side Effects and The Foundry, and is employed by visual effects and animation producers worldwide. Tools with native support for Alembic include Maya, Katana, Houdini, Arnold, modo, Cinema 4D, V-Ray, Nuke, Guerilla Render, RealFlow and Clarisse iFX.

More information about Alembic can be found online at: www.alembic.io.