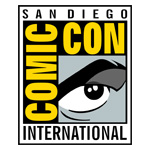 Comedy Central announced the details of its many event and panel participations at Comic-Con next week, so if you’re a fan of South Park, Futurama and Brickleberry or just want to catch comedian Patton Oswalt in concert (that’s Remy from Ratatouille to you!), you’ll need to take some notes:

Partying will commence on Friday, July 19 from 1:00-4:00 p.m. with “Comedy Central Comedy-Con,” a free, first come, first served (21+) event at Float at the Hard Rock Hotel. Fans will have the opportunity to interact with Blake, Adam, Ders and Kyle from “Workaholics,” Keegan-Michael Key and Jordan Peele from “Key & Peele,” David Herman, Tom Kenny, Natasha Leggero, and Jerry Minor from “Brickleberry,” comedian Chris Hardwick, among others.

On Saturday, July 20, COMEDY CENTRAL will be taping an original one-hour stand-up special with Patton Oswalt at Spreckels Theatre located at 121 Broadway in downtown San Diego. Tickets to the 8:00 p.m. and 10:30 p.m. tapings are available at www.spreckelstheatre.net.

12:00-12:45 p.m. An epic panel for the ages will celebrate the show’s latest and greatest final season. On hand will be most or all of Futurama‘s legendary voice cast comprised of Billy West, John DiMaggio, Katey Sagal, Maurice LaMarche, Tress MacNeille, David Herman, Phil LaMarr, and Lauren Tom, performing never-before-heard scenes from the upcoming “Last Episode Ever.” Plus, executive producer David X. Cohen, creator Matt Groening and a cartooning showdown to the death!