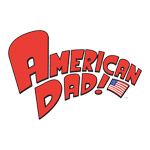 Seth MacFarlane’s popular toon sitcom American Dad! will be packing up for a re-lo from Fox TV to TBS, beginning next year with the 11th season. The animated series will join the TBS primetime lineup with new episodes in late 2014—sister network Adult Swim will be presenting encores of each episode after initial airings on TBS, which has ordered 15 episodes for season 11. Fox will premiere season 10 this fall.

The show is no stranger to its upcoming home network; TBS currently airs reruns weekdays at 1 and 1:30 p.m., and Adult Swim shows reruns Tuesday-Friday at 10 p.m., Monday-Friday at 10:30 and Saturdays at 9:30. Since its 2005 debut on Fox, American Dad! has received industry acclaim with two Emmy nominations (Outstanding Animated Program), two Annie Award nominations and seven Teen Choice Award nominations. In 2012, it nabbed the top TV series prize at the ASCAP Film & Television Music Awards.