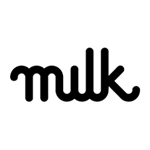 Six former members of vfx house The Mill have formed a new London-based vfx studio called Milk. The new shop will specialize in innovative 3D effects and character animation for both TV and feature films. Milk will immediately begin work on the 50th anniversary episode of Doctor Who (BBC) and Sherlock: Series Three (Hartswood Films/BBC), as well as the new TV adaptation of Jonathan Strange & Mr Norrell (Cuba Pictures/BBC) a mini-series due to premiere on BBC One in 2014.

Milk CEO, Will Cohen says, “The talented team that makes up Milk has a wealth of award-winning experience in creating film quality visual effects for TV and highly complex stand-alone sequences for feature films. Nine years of working together prior to Milk has allowed us to build an effective working methodology with the ability to achieve creative excellence. And the work all comes together with incredible team spirit and passion.”

Cohen adds, “Milk aims to be the most sought after visual effects team in what we believe is blossoming into a thriving industry for high-end TV visual effects. Our new venture is timed to enable us to capitalize on the new tax breaks in the U.K. as we expect to see an influx of TV work, as well as continued feature film work, coming to London over the next few months and beyond.”