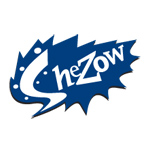 Australian-produced 2D animated series SheZow will be making its U.S. debut this Saturday, June 1 at 12:30 p.m. ET on Hub Network, adding on to the channel’s line-up of action and humor-packed adventure series. June 1 will also see two new Pound Puppies episodes, the season 2 premiere of The Aquabats! Super Show! and the premiere of live-action sci-fi/fantasy import Wizards vs. Aliens on Hub.

Produced by Kickstart Productions and Moody Street Kids with partners Film Victoria and Vision Animation, and distributed by DHX Media, SheZow follows 12-year-old Guy Hamden (Sam Vincent, Voltron Force), a self-anointed extreme dude and macho cut-up who discovers an awesome power ring that transforms him into a super hero. It should be every dude’s dream, but there’s a catch: the ring is meant to be worn by a girl hero. Now Guy fights villains as SheZow, sporting a radical female superhero costume and learning a little bit about himself along the way. Check out the promo video here.

Despite having not even premiered Stateside yet, the “gender-bending” toon has already taken critical heat from conservatives. The L.A. Times reports the Breitbart blog’s Ben Shapiro posted under the headline “Children’s Network Launches Transsexual Superhero Show”:

“Nothing says ‘child-appropriate material’ quite like gender-bending underage superheroes…That show follows the adventures of a 12-year-old boy named Guy who uses a magic ring to transform himself into a crime-fighting girl. Yes, you read that correctly. When Guy says the magic words – ‘You go girl!’ – he becomes SheZow, wearing a purple skirt and cape, as well as pink gloves and white boots.” Shapiro added that Hub Network chief executive Margaret Loesch “may or may not have been high (and leftist) when she greenlit this project.”

“This Breitbart News article is just a laughable attempt at attention seeking, comparable to Jerry Falwell attacking the Teletubbies, and demonstrates a profound ignorance of transgender people since this show doesn’t include any,” said GLAAD’s Rich Ferraro.