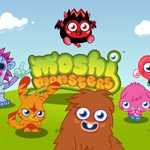 British studio Mind Candy’s online world of adoptable pet creatures Moshi Monsters is celebrating its fifth birthday with a special event in London this week. The global brand for kids 6-12 will also be toasting key milestones including reaching 80 million registered users and achieving $250m USD in gross retail sales of Moshi product sold around the world to date.

The online world was unveiled in 2008, and managed to hit 1 million users by the summer of 2009 when registration took off at the rate of one new user per second. Moshi is most popular in the U.K., which is succeeded by the U.S., Australia, Canada and New Zealand in the top five territories. Registered users represent 150 territories, and Mind Candy plans to release internationalized version in various languages as the brand rolls out on tablet devices this year.

The game and its cuddly monster inhabitants spawned physical products in 2011, including books, toys, membership cards and other goods. The Moshis also inspired Moshi Monsters Magazine (the U.K.’s number on selling monthly kids’ magazine), a top-five U.K. album Moshi Monsters: Music Rox! which beat out Madonna on the charts and went gold, and record-setting longest number one Nintendo DS chart game Moshi Monsters: Moshlings Zoo which garnered 23 consecutive weeks in the top spot. The Moshi Monsters are also set to star in their first animated movie in the near future. Former Jim Henson Co. producer and Hit Entertainment CCO is serving as creative director for all Moshi film and TV projects.

Learn more about Moshi Monsters and the developers at www.moshimonsters.com and www.mindcandy.com.