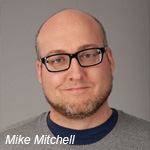 Mike Mitchell (Shrek Forever After, Alvin and the Chipmunks: Chipwrecked) has been tapped to direct DreamWorks Animation’s upcoming animated Trolls feature. The pic will be written by Emmy-winning scribe Erica Rivinoja (South Park, Up All Night) and produced by DreamWorks veteran Gina Shay (Shrek Forever After). Fox plans to release the pic on November 4, 2016.

The film is described as “a grand scale musical comedy centering around how the Trolls came into their vibrant and colorful hair.”

“Mike and Erica are the perfect team to reimagine this film,” said Chief Creative Officer Bill Damaschke. “Mike’s pedigree in shaping stories with already beloved characters is second to none, and Erica’s amazing sense of comedy will introduce the Trolls to a new generation of fans while keeping the spirit and appeal audiences have loved for years.”

Mitchell is currently directing the live-action sequences for Paramount’s The SpongeBob SquarePants Movie 2.

The two-inch-tall Troll dolls were created in 1959 when Danish fisherman and woodcutter Thomas Dam, too poor to afford a Christmas present for his young daughter Lajla, carved a doll for her based on the legendary Scandinavian troll. The Trolls experienced a resurgence in the 1990s and their distinctive faces and shocks of colorful hair continue to capture the hearts and imaginations of fans around the world. In 2005, the dolls inspired a 27-episode animated series (Trollz) produced by Andy Heyward and his DIC Entertainment studio.