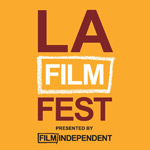 Warner Bros. much-anticipated Man of Steel and Disney/Pixar’s Monsters University have been added to the lineup at the upcoming L.A. Film Festival in June. The Superman which stars Henry Cavill, Amy Adams and Michael Shannon, will play at a special screening on June 12, two days ahead of the festival’s official opening day. Festival pass holders can purchase tickets to the special screening starting May 10.

The special screening of Disney/Pixar’s Monsters University is planned for June 18. Directed by Dan Scanlon and featuring the voices of John Goodman, Billy Crystal, Steve Buscemi an Nathan Fillion, the movie will open nationwide on June 21st. Among the festival’s other highlights is a special screening of Alfred Hitchcock’s Vertigo and a “Women in the Cut” panel in honor of women editors. Also on tap are are several anthologies of shorts, which include animated projects such as Emma De Swaef and Marc James Roels’ celebrated Oh Willy… and Michaela Pavlátová’s Annecy Prize winner Tram.

For more info and to purchase tickets, visit www.lafilmfest.com.