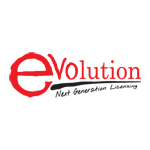 Based on the original book series written by Roger Stanton Baum, the great grandson of Oz franchise creator L. Frank Baum, Legends of Oz: Dorothy’s Return is directed by Daniel St. Pierre and Will Finn. The celebrity-filled voice cast includes Lea Michele, Kelsey Grammer, Martin Short, Jim Belushi, Dan Aykroyd, Megan Hilty, Patrick Stewart, Hugh Dancy, Oliver Platt and Bernadette Peters, with all new original music by Bryan Adams. The film picks up where the classic L. Frank Baum Wonderful Wizard of Oz tale left off. Slated for a wide theatrical release in May 2014 in the U.S.A and Canada, Legends of Oz: Dorothy’s Return will be accompanied by the release of the movie’s soundtrack by Sony Music and a DVD/Blu-Ray release will follow from 20th Century Fox Home Entertainment in the fall.

“The iconic characters first introduced by L. Frank Baum are timeless and continue to capture the hearts and imaginations of each new generation,” said Travis J. Rutherford, president of Licensing and Retail Development for Evolution. “Legends of Oz: Dorothy’s Return is a fabulous piece of family friendly animated entertainment that provides retailers at all tiers of the market with a very meaningful merchandising opportunity. The consumer demand for the original characters of Oz is at an all-time high, and the response thus far to the finished film from both licensees and retailers has been outstanding.”